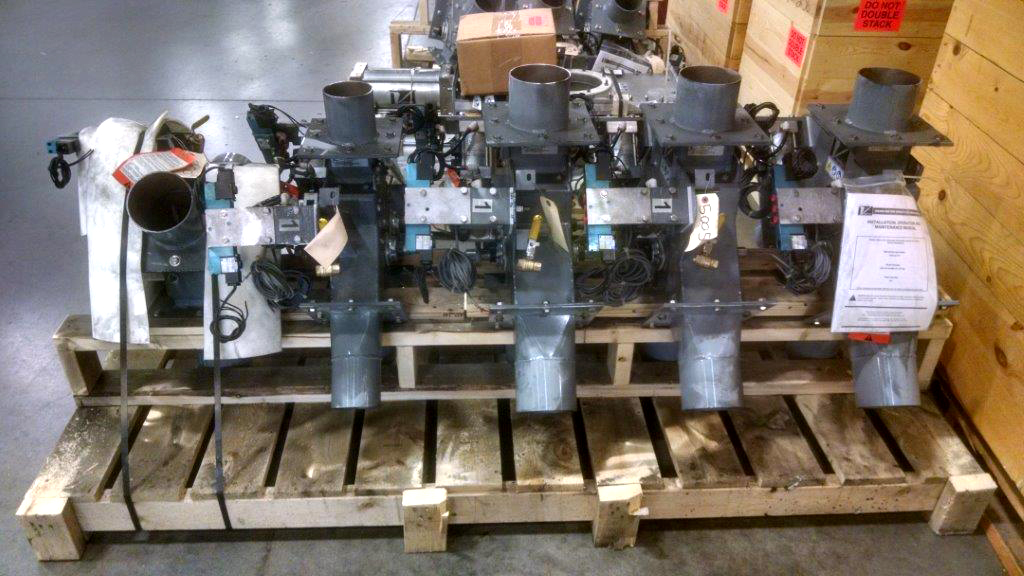 In 2017, Vortex’s crisis management skills were put to the test when a third-party transit company delivered damaged valves to a customer.

Located in the USA, the customer is a national supplier of brewing ingredients. Vortex gates and diverters are used to handle grains, malts and hops throughout the facility. The customer had previously sourced a few Vortex products, but had never placed an order this large.

The order consisted of 20 valves, in total: 17 Vortex® Seal Tite Diverters™ and 3 Vortex® Orifice Gates™. It contained a variety of two-way and three-way diverting designs, carbon steel and stainless steel materials of construction, Special Service Inlets, and tube stub transitions. Diverter sizes were 4 & 5 in. (102 & 127 mm), and gate sizes were 6 & 8 in. (152 & 203 mm). Each gate and diverter was fully junctioned with double-coil solenoids, proximity switches, and a terminal box.

The valves were carefully packaged and shipped to the customer via a third-party carrier.

Unfortunately, when the valves were delivered to the customer, they showed signs of significant fire damage. During transit, it is suspected that the trailer truck carrying the valves had a failure in its braking system which created an ignition source. Also on board were pallets of bulk paper, which ignited almost immediately and set the truck bed ablaze. The entire order was returned to Vortex so that the problem could be rectified.

When the valves returned to the shop, the entire Vortex team quickly jumped into action. The Vortex sales department called the customer to explain how the issue would be resolved; the Vortex logistics department worked with the third-party transit company to discuss the damages; and the manufacturing team made special arrangements to rework the order right away.

To repair damages, the following actions were taken:

All in all, the restoration process took only two weeks. The once-damaged valves now appeared and performed as good as new.

hough the customer was frustrated by how the transit company delivered the valves, they were impressed by Vortex’s quick response and the level of service they received throughout the restoration process. Vortex insisted that the situation be corrected and that the customer be provided with the same quality and performance that has come to define the Vortex brand. After the fire, all shipping and restoration was completed at no charge to the customer.

The restoration work was completed and the valves were reshipped before Vortex had completed its claim with the third-party transit company. That’s because Vortex’s focus is on attending to customer needs first, then work out the details later.

Today, those once-damaged valves are installed in the customer’s process and are performing without issue.

Recently, the customer requested a quote for another large order of Vortex valves. The prospective order is for an upcoming plant expansion project.