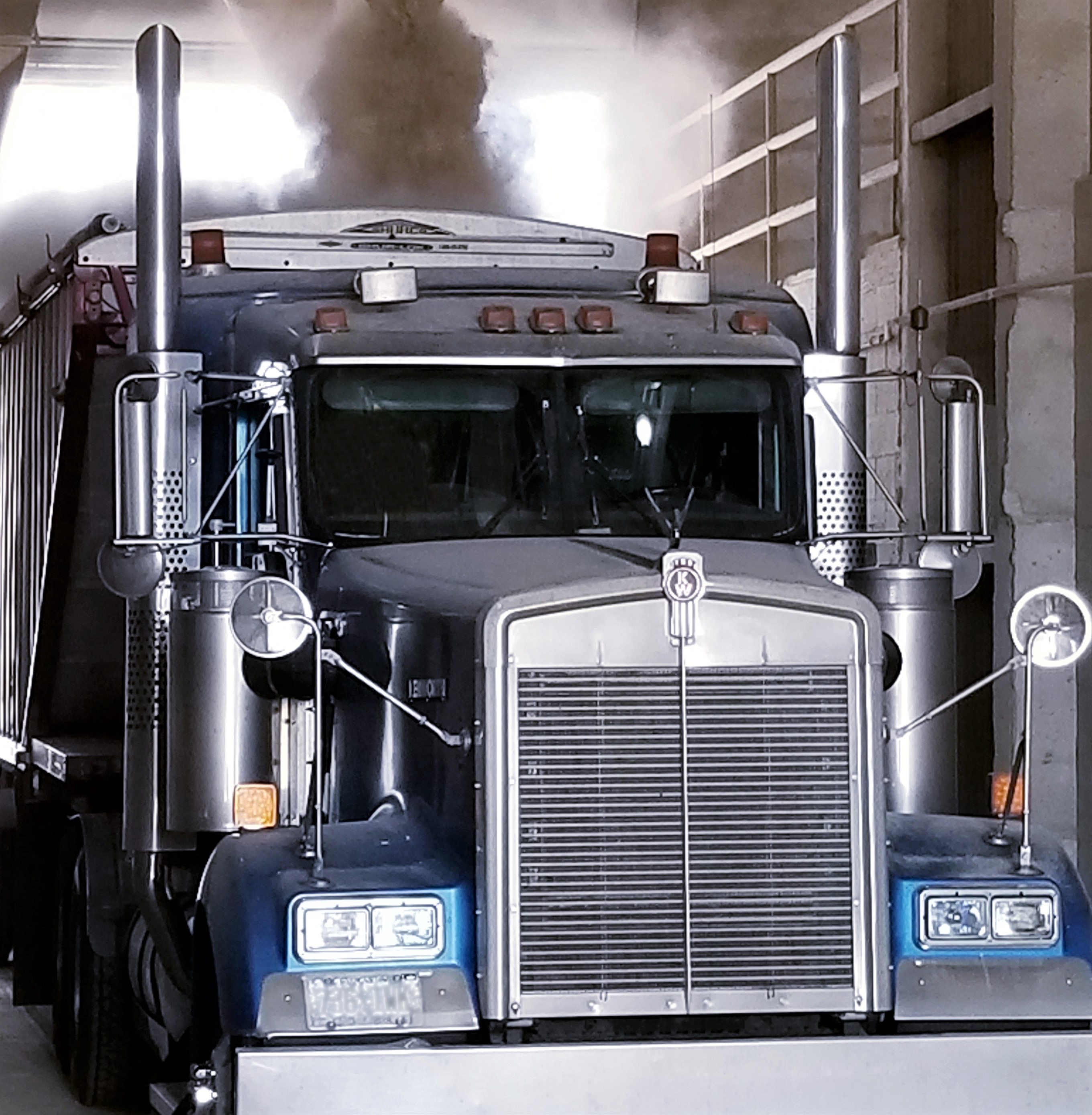 As featured in World Cement
by Kevin R Peterson

The particle size of cement dust is between 10 and 100 microns. Due to the tiny size of these particles, dust can remain suspended in the air, increasing the chance of inhalation. The Occupational Safety and Health Administration (OSHA) has set the permissible exposure limit (PEL) for respirable crystalline silica dust exposure in the workplace as 50 mppcf (million particles per cubic foot) over an 8-hour, time-weighted average. Companies addressing material handling practices can create a safer workplace environment and greatly limit worker exposure to cement dust.

Telescoping loading spouts, designed to transfer cement from storage into the transport vehicle, offer a positive solution for mitigating the creation of airborne dust produced during and after the loading process.

Material stream dust
Material being routed to the vehicle through a sock, fixed chute, or fixed hopper does not offer material stream protection. Long falling distances and the slightest amount of wind will create dusting, even before the material reaches the vehicles. The telescoping loading spout has the ability to extend and retract. The outer sleeve of a properly sized spout will protect any length of material stream falling from a holding bin into the receiving transport. This easily addresses transports of varying heights. Material is deposited directly into the transport without worry of dust escaping to the atmosphere from an exposed material stream.

Dust created during loading
Dust is created as material impacts inside the tank or hopper. Telescoping loading spouts have the ability to capture that dust and vacuum it through the spout, and into a dust filter or a remote dust collector. The capture and movement of dust through the loading spout happens in an open area that exists between the internal stacking cones (that the material falls through) and the outer sleeve. If utilising a dust filter, the dust is temporarily trapped and subsequently re- deposited back into the load, adding profitability to the dust removal process.

Companies wishing to contain the dust that has accumulated within the spout have the option of equipping their spout with a self-sealing discharge. As the spout seats into the loading hatch, the discharge opens to allow material flow into the hopper. After loading is complete and the spout is retracted, the discharge closes to effectively contain accumulated dust within the spout enclosure until it is opened during the next loading sequence. Sealing the discharge also prohibits birds from building nests in spouts that may sit idle for extended lengths of time.

Enclosed loadout dusting
Not all vehicle loading is performed outdoors. Many terminals are designed to load trucks or rail cars within a sheltered area. These enclosed loadouts oer protection from environmental elements. However, these shelters create a confined area where cement dust can accumulate and remain suspended.

In the case of truck loadouts, not only company employees, but also non-employees such as truck drivers are subject to the health and safety hazards created from dust exposure.

Overexposure to hazardous dust not only creates health and safety issues but may result in monetary fines of thousands of dollars. Companies do everything possible in taking steps to limit workplace dust emissions.

Case study – retracted height
Certain older loadout facilities were designed to accommodate the truck heights of their day. In doing so, the retracted length of their telescoping loading spout was never an issue. That was until trucks became taller to hold more product.

One particular older facility needed to replace its existing telescoping spout with one that could be retracted out of the way of taller trucks. In this case, a telescoping spout designed with interior stacking cones that are not as tall as standard cones allowed for the required extensions as well as for providing a shorter retracted height.

In many of these spout replacement applications, room does not exist to allow the installation of a filter unit. In this situation, the spout was manufactured to capture dust through a remote dust collector.

Case study – being a good neighbour
Many times, liberated dust at a terminal facility may never reach PEL limitations. However, terminal facilities that once existed miles from nowhere could be now in close proximity to newly built area businesses. Over time, nuisance dust has a tendency to strain relationships between neighbours.

Such was the case for a cement terminal originally constructed with a telescoping loading spout that was not equipped with additional dust control measures. Tired of receiving complaints from neighboring businesses, the company installed a new telescoping spout with optional self-sealing discharge and dust filter.

The dust filter, after temporarily trapping dust created during the loading process, re-entrains the dust back into the load. Instead of ‘dust in the wind,’ the captured dust becomes additional product that is sold to the end user. Profitability has increased and the neighbours are now friendly to the terminal manager.

Case study – spout positioner
Many truck drivers are experts in positioning trucks for loading. Some truck drivers never seem to master the skill. Using a broomstick or other device to position a spout into the hatch of an improperly positioned truck creates many issues. The scavenger is never seated properly into the hatch, allowing dust to escape into the atmosphere. Additionally, the improper flow of material through the angled spout creates unnatural wear to the interior cones and the outer sleeve. Costly spout maintenance will have to be performed more often, and wear to the outer sleeve allows more dust to escape.

Proper spout positioning can also be a problem when rail loading with fixed spouts. If room overhead permits, spouts can be equipped with positioners that allow the spout to be moved for proper placement above trucks or rail cars for loading. In the case of truck loading, dual-axis positioners (front-to-back and side-to-side) are utilised. In the case of rail loading, single-axis positioners (front-to- back) are utilised since there is no side-to-side car movement.

Loading responsibilities
Handling a product like cement generates many responsibilities. Health, safety, environmental, maintenance, and profitability issues all need to be considered and taken seriously. This is especially true when one considers that cement is the most consumed commodity in the world after water.

About the author
Kevin R Peterson has spent 25 years educating customers about the products and corporate capabilities of Vortex Global. He will be retiring during the first quarter of 2021.