Why Do We Have Chocolates on Easter?

Why Do We Have Chocolates on Easter? 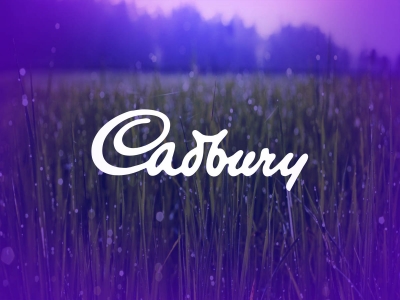 In many parts of the world, those celebrating the Easter holiday have made the festivity synonymous with eggs; more specifically, chocolate eggs. Realizing the success of holiday-themed candies, major chocolate brands – such as Hershey’s, Mars, Cadbury and others – have chocolatiered holiday renditions of many confectionery classics. In order to produce these morsels we have come to desperately crave, Vortex equipment is essential to handling cocoa beans, nibs, sugar and many other dry ingredients – to ensure accurate and consistent recipe batches when making the world's most renowned chocolates.

DID YOU KNOW? – The most popular chocolate egg in the world is the Cadbury Creme Egg, which was confected in 1971. Today, Cadbury chocolate factories can produce more than 1.5 million Creme Eggs every day – for a total of 500 million eggs annually.

A recent study determined that in Great Britain alone, more than 10 percent of annual spending on chocolate is made during the Easter season. In 2016, it was estimated that the United Kingdom discarded 3,000+ tonnes of packaging from more than 80 million Easter eggs.

This year, it was reported that Cadbury Creme Eggs – traditionally a seasonal Easter treat – were on grocery shelves worldwide before Christmas!

So...what exactly goes into chocolate to fuel our infatuation? – And why has the "sweets" tradition been adapted to most holiday cultures, from Valentine's Day to Christmas and Easter?

Chocolate: How it's Made

Q. Is there only one species of cocoa bean?

A. Chocolate is produced from either a single species of cocoa bean, or a blend of three cocoa bean species: Criollo, Forastero and Trinitario.

Q. How are Cocoa Beans Produced?

A. Due to the tree's delicate nature, cocoa beans can only be grown in moist, shaded, rainforest-like conditions. As such, most of the world's cocoa bean supply comes from West Africa – and especially, Cote d’Ivoire, which alone produces more than one million tonnes of cocoa per year.

To emphasize the delicacy of cocoa bean farming, there can be significant differences in cocoa bean flavors, based on where they are grown. Even if grown in close proximity, changes in flavor palate can occur due to subtle horticultural differences, such as climate and soil quality. As a result, some chocolate makers will rely on a single farming source for their cocoa beans, or will only buy beans from a certain region, in hopes of creating consistent chocolate recipes. Others may use a select variety of cocoa beans to create a blended, scientific chocolate concoction. Like many companies operating in the food and beverage industries, chocolate recipes are huge trade secrets for brands big and small; no two recipes are the same.

Cocoa beans are typically grown on small, family-owned farms – often less than 10 acres in size. The beans are not mass-produced because each is harvested from the tree by-hand, due to the delicate nature of the cocoa buds. If beans are removed from the tree correctly, pods will continue to grow from the bud. However, if done incorrectly, the bud will no longer produce beans.

Q. What color is a cocoa bean?

A. Many will be quick to answer "Brown!" – but sorry, that answer is incorrect. When the beans are growing, their pods are green in color. In their ripened state and at the point of harvest, the pod begins to change color and becomes orange. As the beans ferment, the derived cocoa will become darker in color. But even that is not what determines why our chocolates are different shades of brown!

Q. Why are some chocolates more bitter than others?

A. In order to produce chocolates of differing bitterness, there is a change in technique through the cocoa roasting process. Typically, chocolate manufacturers will roast – or apply steam or infrared radiation – to the whole cocoa bean hull, applying just enough heat to kill bacteria. Then, the hull is cracked and the cocoa nibs within it are removed and roasted. In theory, the latter techniques – steam or infrared radiation – create less of a reaction between the cocoa nibs and the hull, thus creating a less bitter-tasting and more flavorful chocolate.

A. As heat is applied in the roasting process, acids begin to evaporate from the cocoa beans. This causes the chocolate flavor to mellow out.

The application of heat also allows for the Maillard Reaction to occur, further breaking down sugars and amino acids (also known as: "The good stuff"). The Maillard Reaction gives browned foods their distinctive flavors. The same reaction is responsible for the distinctive flavors of seared steaks, fried dumplings, toasted marshmallows, and baked goods.

Q. What are the differences in high- & low-quality chocolate?

A. Many have wondered this as they contemplate buying 40 US dollars' worth of Belgian chocolate. "How do I rationalize doing this, when I could buy a mass-produced chocolate bar for 2 US dollars?"

Q. What gives chocolate its texture?

A. Like many other candies and confections, chocolate is tempered to give it a shiny appearance and solid texture. Tempering is why chocolate "snaps" when bitten into. Tempering also preserves chocolate, allowing it to have a longer shelf life.

Q. How complicated is the chocolate making process?

A. As you may have gathered from the aforementioned details, the short answer is: VERY.

Step 1. Run the cocoa bean through a drying process. This makes the bean more reactive during the manufacturing process.

Step 2. Run the cocoa bean through a winnowing machine. This breaks away the bean's hull.

Step 3. Place the cocoa bean on a conveyor belt and run it through a sweltering tunnel, for roasting.

Step 5. The ground cocoa nibs are hydraulically pressed to extract the cocoa butter from the nibs.

Step 6. The ground cocoa nibs are processed in a conch, used to blend the chocolate into a smooth paste. Once the proper paste consistency is achieved, the cocoa butter is reintroduced.

Step 7. The chocolate paste, milk powder, sugar, and various other dry ingredients are incorporated in a mixer. Vortex slide gates and diverter valves are used to discharge those various dry ingredients into the mixer.

Step 8. The smooth chocolate blend is injected into molds and run through a conveyed "shaking" process. The vibrations cause chemical reactions to cease and allow air bubbles to remove themselves from the mold.

Step 9. The liquid chocolate is conveyed through a cooling tunnel to harden, before proceeding to a packaging line.

Q. Why is chocolate harmful to pets?

The reason for theobromine's toxicity to pets over humans is because pets metabolize theobromine compounds much faster than humans. The result is a much more intense reaction in the pet's bloodstream.

Q. Why is chocolate considered unhealthy?

A. It really should not be! If consumed in appropriate quantities, the theobromine and antioxidant levels present in chocolates have been scientifically proven to benefit the treatment of many medical conditions. Those include the re-expanding of narrowed blood vessels, and stimulation of an ailing heart.

Chocolate has also been proven for preventative health measures, such as in dentistry. Research studies have shown that cocoa extract may be an even better cavity-fighting agent than fluoride treatments!

Chocolate also offers therapeutic health benefits. Science has proven that chocolate scents can chemically heighten mood. This has made chocolate a popular, modern option for aromatherapy.

The antioxidants present in chocolate are also believed to reduce wrinkles and sun damage to the skin.

So, parents around the globe – you were wrong! Chocolate is not so bad for us!

A. No, the "sugar rush" is not a myth at all. Though theobromine is not necessarily toxic when consumed by humans, its chemical effects on the human brain and body are similar to those of caffeine. That's right – chocolate may just be the tasty energy boost you need!

The history behind this chocolatey tradition dates back to the Pagan belief that eggs represent fertility and rebirth. By the 1800s, Christians had adopted the egg's symbolism for its Easter festivities. An eggcellent chocolate innovation was created in Great Britain in the 16th Century. The idea was forged when Queen Elizabeth I was forbidding the consumption of hot cross buns outside of the Easter holiday, because of their association with Catholicism. Because hot cross buns were popular among poor European countries during the 1800s, chocolatiers wished to create a confection that would "capture the hearts of all social classes." A short time later, Germany and France co-created the first Easter egg made from solid chocolate. The concept of this sweet treat spread quickly throughout Europe – and almost instantaneously, to the rest of the Western World.

Once chocolate machines were invented, chocolate eggs became much easier and cheaper to produce, as the inside of the egg could now be made hollow. By the 1960s, the chocolate Easter egg was well-recognized and had become customary.

Enjoy your chocolates and their complementary stomach aches! Happy Easter!