Vortex Named Finalist for Export Team of the Year

Vortex Named Finalist for Export Team of the Year 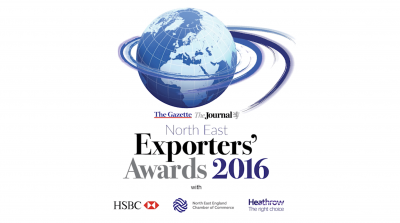 DARLINGTON, UK – The North East England Chamber of Commerce has named Vortex EMEA as a finalist for the North East Exporters' Awards 2016, in the category: Export Team of the Year.

The Exporters' Awards celebrate companies who make significant strides to boost the North East England economy through overseas trade. The competition is an annual event organised by the North East Chamber of Commerce, in conjunction with The Journal and The Gazette newspapers.

Over the past ten years, Vortex EMEA employees have engaged in business travel to 36 countries – and have sold into more than 50 countries. The company has increased export sales by 32 percent since 2013, and projects a record-year for exports in 2016.

Other companies being considered for the Export Team of the Year Award include:

Companies in seven other categories will also be recognised for their exportation achievements in the UK economies and throughout the region.

"Our people have been key to our success," commented Travis Young, vice president of marketing & global business development at Vortex. "It is not within everybody's comfort zone to travel abroad and work with people from different backgrounds. The patience, dedication and global understanding of our team – those are the drivers of our past and future exportation achievements."

Award recipients were revealed at a black tie event, held on September 15 at the Ramside Hall Hotel in County Durham. Palintest Ltd. was named Export Team of the Year, as well as the overall Exporter of the Year. Vortex's selection to this prestigious shortlist recognises the company's strong performance in global markets.