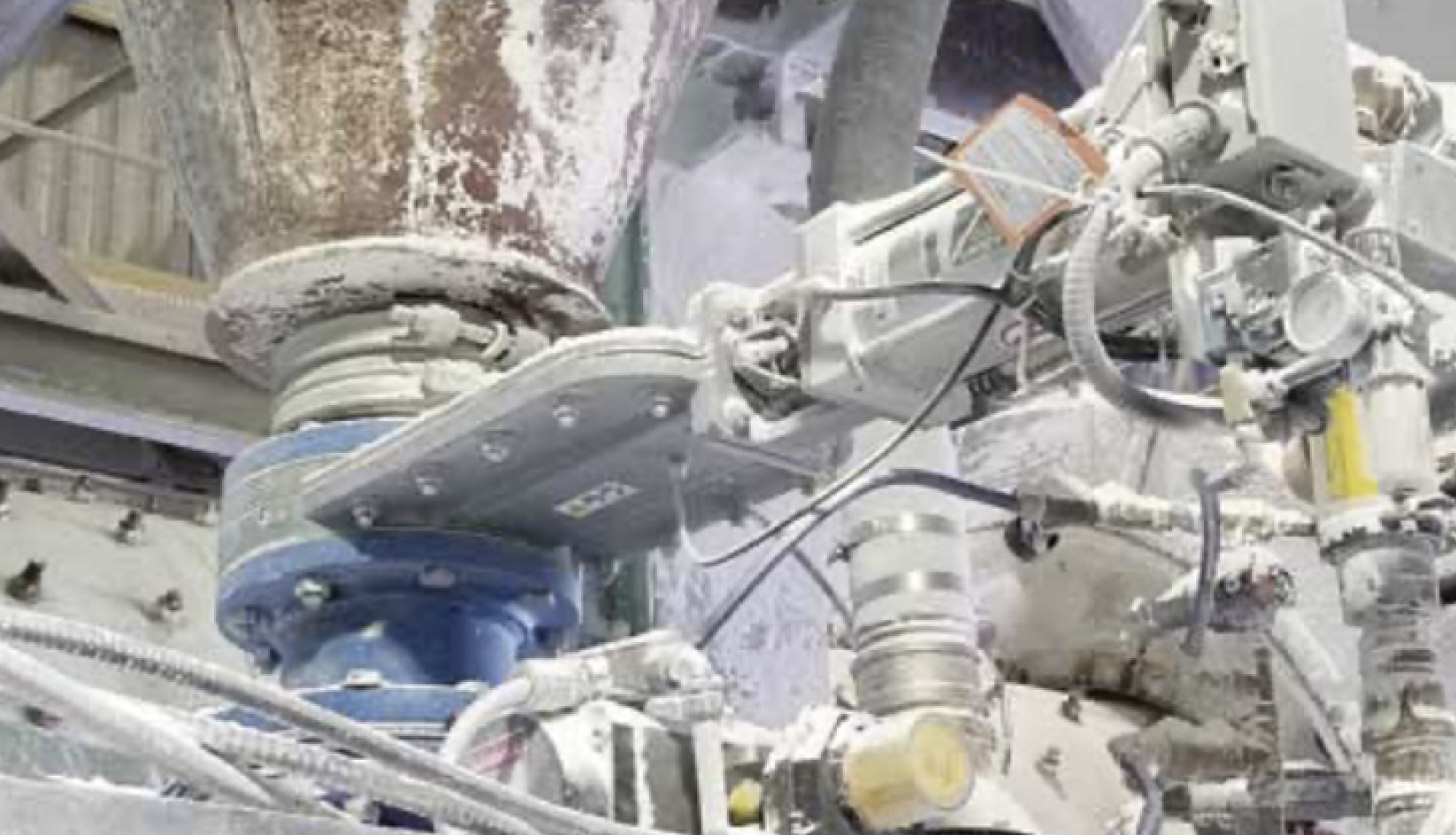 When designing valves used to handle cement, engineers need to take into account several factors, including type of material handled, conveying method, conveying line pressures, temperature, location within the system and leakage of material to the atmosphere. Valve manufacturers working with the industry are continually improving their designs of equipment used by cement companies.

As featured in International Cement Review
by Kevin R. Peterson

The transport of materials in a cement plant faces key challenges in terms of the lifetime of equipment. Challenges include:

Vortex Global has developed a valve that takes into account these operating conditions: the Vortex Titan Pressure Valve (TPV). This valve technology can be applied with pressure pots, conveying lines, higher-temperature and high-pressure applications.

To convey materials such as cement from a pressure vessel or transporter (pressure pot) through a conveying line to a destination where air and material are separated, dense phase systems use compressed air. This type of system moves material at a lower velocity than a dilute phase system. In contrast, the higher velocities of a dilute phase system can create unwanted abrasion to system equipment and degradation of the conveyed material.

The lack of such proper sealing of the pressure pot was an issue experienced by one cement supplier when they made the decision to replace a problematic gate previously located on the inlet of their pressure pot. The original gate generated blade actuation as well as air and material sealing issues.

Sealing pressure within the conveying line becomes extremely important to the overall efficiency of the system, especially when the system is configured to transport material from a main line to multiple destinations.

One cement plant approached Vortex for a valve designed to handle dense phase conveying line pressures within the line itself. To date the maintenance department had had the time-consuming and costly tasks to repair and replace existing problematic valves, continually travelling to the top of a 30m-high silo.

When installing the Vortex TPV valve within a horizontal conveying line, the valve must not be installed at an angle or in a vertical position. Due to the design of the internal material displacement pocket, the valve is installed on its side, with the actuator parallel to the ground.

One of the initial design criteria of the Vortex TPV valve was to address applications where higher temperatures were present. The air gap between the valve body and the pneumatic actuator combined with higher temperature- rated seals within the actuator allow the valve to handle temperatures in excess of 350°C (660°F). ‘Proofing’ the position of the blade (open or closed) is typically accomplished in two ways:

1. proximity switches mounted on the body sense a metal target on the blade

2. magnetic reed switches sense a magnetic strip located on the internal cylinder of the pneumatic actuator.

In one application for a customer handling fly ash in Italy, the ambient temperature surrounding the valve was higher than the temperature rating for ‘standard’-mounted proximity or magnetic reed switches. To solve this issue, Vortex designed and manufactured a special proximity switch mount that further extended the indicating switches away from the heat source.

In 2004 Vortex identified a need to develop a slide gate that would address higher-pressure pneumatic conveying applications. Two years later, the company introduced the Vortex HDP Gate. It was designed to handle non-abrasive to moderately-abrasive powders, pellets and granules in gravity, dilute phase and dense phase pneumatic conveying applications up to 75psig (5barg).

Jamming and packing of material into the end seal upon gate closure was a major issue of traditional gates within the dry material industry. To combat this issue, Vortex developed and patented a ‘rising blade’ design. This revolutionary design eliminated jamming and packing of material that caused premature abrasion of the end seal. The next step was to develop a higher-pressure slide gate for more abrasive material applications.

The development of the Vortex TPV began in 2012, followed by market introduction in 2014. The TPV addresses three main application concerns:

The blade and seats of the TPV are constructed of 440 C stainless steel, which offers a Rockwell hardness of 60 C. Spring-loaded blade guides provide positive valve closure. The leading edge of the blade is beveled for improved closure through harder materials. Additionally, the blade seats into a displacement pocket to dissuade packing of materials.

Since there are no polymer seals, the valve is rated for temperatures in excess of 350°C (660°F). An air gap exists between the valve body and the air cylinder actuator to reduce heat transfer to the air cylinder.

The TPV can handle non-abrasive to abrasive powders, pellets and granules in gravity, dilute phase and dense phase pneumatic conveying applications up to 100psig (6.8 barg), depending on the size.

Other issues to be addressed

In addition to abrasion, temperature and conveying line pressure, there were other issues inherent with traditional slide gates that Vortex wanted to address with its TPV.

Many traditional gates were manufactured with a blade that retracted through a rear end, bonnet seal. If the seal was not maintained properly, the higher pressures within the system would push fine material through the worn seal and into the atmosphere – a potential health issue. Additionally, the exposed blade created pinch points – a potential safety issue.

Vortex engineers designed the TPV with the blade fully enclosed within the body of the valve. There are no blade pinch points and the material handled is dust tight to atmosphere. An air purge is added to prevent fine material from collecting within the housing.

About the author
Now in his 24th year with the company, Kevin R. Peterson is the Business Development Director for Vortex Global. A board member of the Industrial Minerals Association of North America, Kevin travels extensively to meet with customers and customer prospects. He has created and shared hundreds of case studies and written numerous articles that share the successes Vortex products have experienced with industries that handle and process dry bulk material.