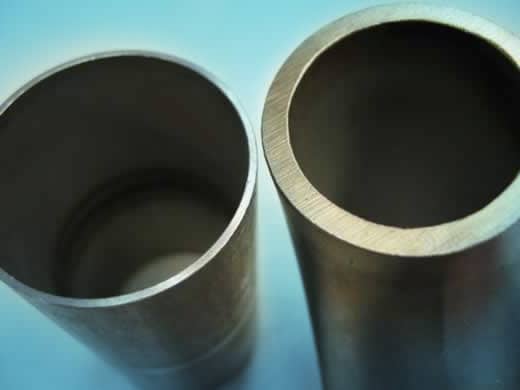 When designing a system or replacing a valve component, the question that commonly arises is “What’s the difference between a tube and a pipe?” Not a whole lot, but if you request a quote for a valve to connect to a 4″ tube when you really have a 4″ pipe, your valve is not going to fit.

Tube is used for powders, pellets, and granules, or in a dilute phase conveying system. The tube can be made from stainless steel, carbon steel, or aluminum. When you measure the outside diameter, otherwise identified by “O.D.”, you get the true measurement of the tube. A 4″ O.D. tube is exactly that, a tube that is 4 inches across the outside diameter.

Pipe, on the other hand, is used for abrasive materials or for dense phase conveying systems. Pipe can also be made from stainless steel, carbon steel, or aluminum. What makes it different from tube is how it is historically sized and the thickness of the pipe wall.

The most common thicknesses in the dry bulk handling industry are Schedule 10, Schedule 40, and Schedule 80.