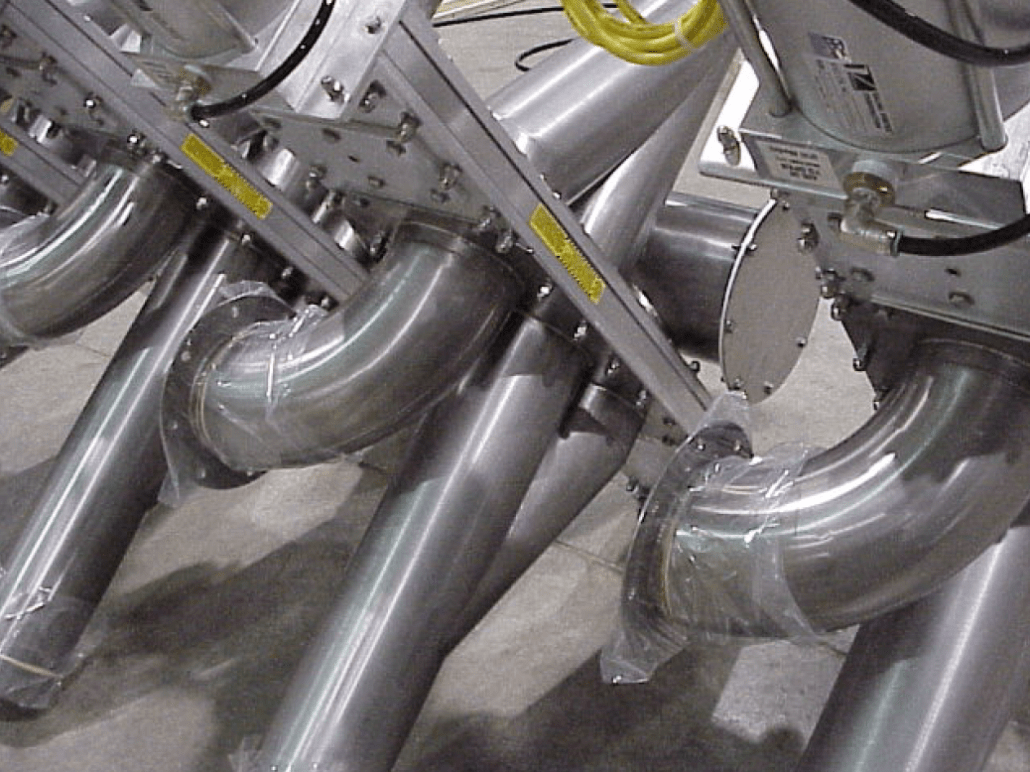 After further review, the engineers proposed an adaption to the Fill Pass that might further reduce damage to the beans. Instead of tangentially conveying the beans into the hopper stack, they suggested replacing the fill stack with a curved discharge tube to introduce beans directly into the bin.