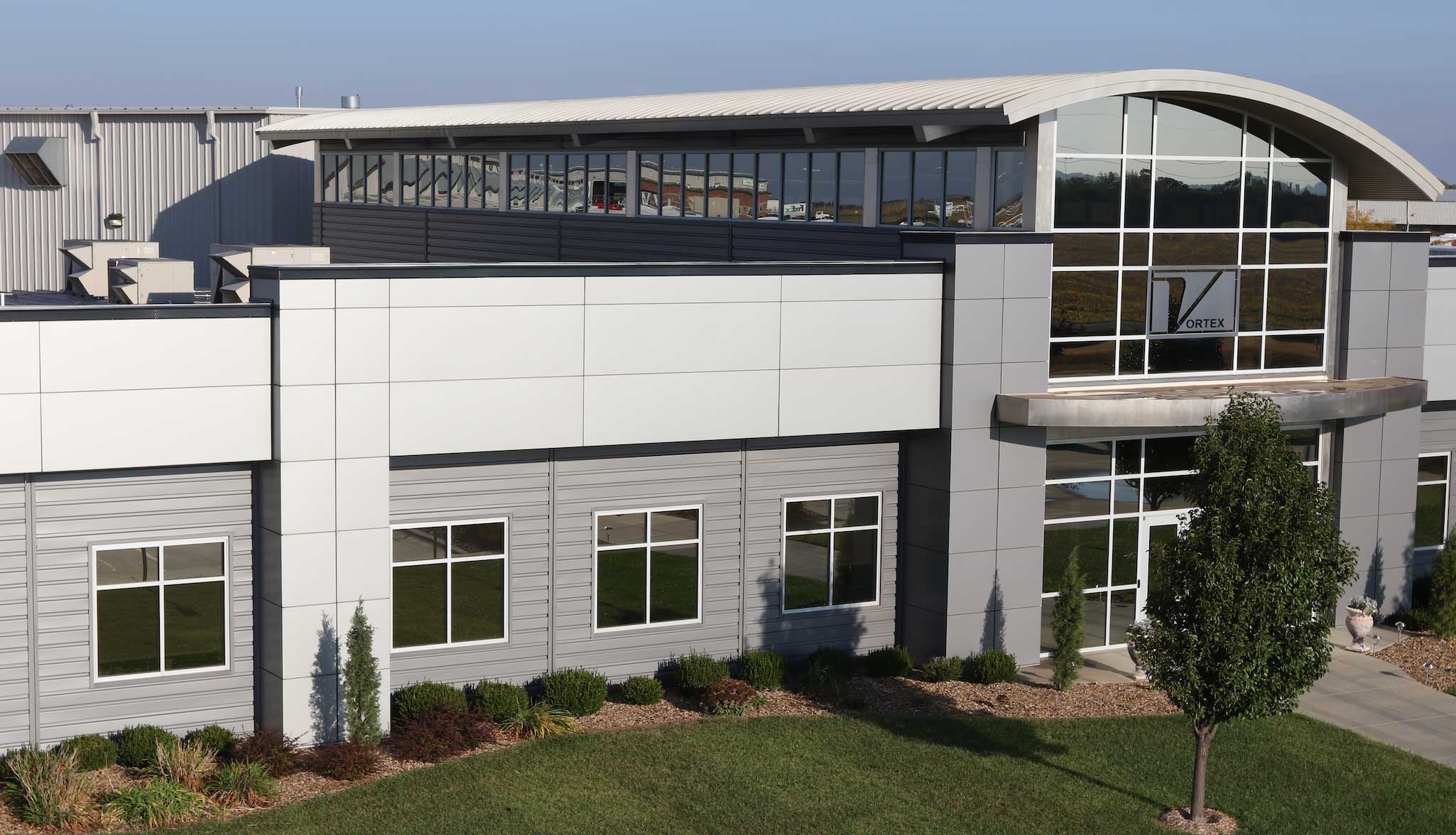 Vortex was founded in 1977 by Loren Neil Peterson and his son-in-law, Lee Young. The company was established with its patented Vortex Orifice Gate – the first valve designed specifically for handling dry bulk solid materials. Since then, Vortex has established more than 20 innovative valve designs which are being used by more than 20,000 factories in 80 countries to handle thousands of material types.

Vortex has continued to grow and establish itself as the leader in dry bulk material handling components. As one can imagine, much has changed at Vortex in 40 years.

The traditional line of Vortex components, the Quantum Series features slide gates and diverter valves that have been used for decades to shut off, meter and divert the flow of dry bulk material.

The Vortex Quantum Series is intended for non-abrasive to minimally-abrasive powders, pellets and granules. All Quantum Series components are ATEX-certified, and can be designed for food-grade compliance.

Today, the Vortex Titan Series has established itself as the fastest-growing product line in the Vortex portfolio – largely due to rapid growth in the industrial sand and cement industries, among others. Founded in 2011, the Vortex Titan Series features slide gates and diverter valves used in applications that pose excessive wear and abrasion concerns, require extremely large valve sizes, or where special considerations are necessary to ensure a valve’s success in especially harsh environments.

In February 2013, Vortex acquired PMC Unlimited to add loading spouts to its product offerings. The product line has proven to be a rapidly growing asset to the Vortex portfolio, with Vortex loading spouts now installed on six continents. In spring 2017, Vortex loading spouts gained Zone 20 (internal) and Zone 21 (external) ATEX certification, making them suitable for use in almost any hazardous or non-hazardous environment.

The Vortex loading spout design differs from market alternatives because it is specifically designed for dust collection and containment. By ensuring dust-free loading environments, Vortex is assisting customers to comply with ever-increasing pressures from health and safety organizations worldwide.

These product lines have earned Vortex many recognitions, including:

In October 2014, Vortex completed a 64,000-square-foot expansion of its corporate headquarters in Salina, Kansas, USA. The expansion grew Vortex’s facility to a total of 185,000 square feet. The project added approximately 48,000 square feet to the manufacturing floor and 16,000 square feet to the office annex. These resources were expanded to accommodate growing customer demands for production, to bring loading spout production in-house, and to provide space for the company’s employee group.

In 2006, Vortex opened an international office in Darlington, UK, to establish business activities in African, Asian, and European markets.

When the UK office was opened, it had only a handful of customers – which led to many obstacles in establishing business. Despite this, the company knew it could find its niche in new markets if they could assist customers with specific processing problems, while also delivering excellent service and response. Since then, the UK office has persevered by staying true to that mission and continues to thrive as Vortex’s international beacon.

Using expert knowledge and premier product design, Vortex has thrived on its commitment to providing global process solutions through localized customer relationships. The company has reinforced this mission by establishing the Vortex global service network. These agents have expanded Vortex services to reach:

A Message to our Customers

A special thank you to our customers for 40 years of excellence.